Why and How to Migrate automatically from Forms to Java

Why Migrate from Oracle Forms to Java?

Simply put they consider the risk to reward ratio too significant to take the leap.  Until today the prohibitive costs and complexity associated with a migration has deterred organisations from migrating to Java.

Other solutions that claim to be automated are not. Any developer that has Looked under the hood of an Oracle Forms application will tell you that rewriting the application is not a viable option. ORMIT™-Java proposes an automated migration that converts the Form’s user interface, the business logic, all Oracle Forms object types and triggers automatically. 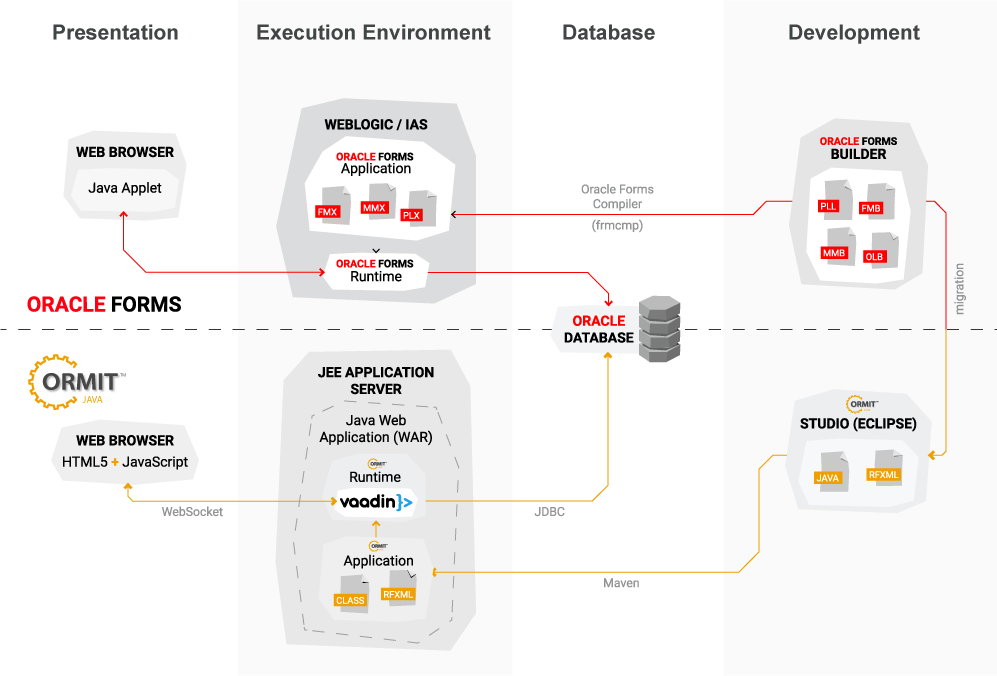 This visual shows the old User Interface in Oracle Forms (left) and the new one, on the right, in Java. The UI can be the same if required

Oracle Forms is one of the most used enterprise software development tools of the past 40 years. Many legacy systems run on Forms and Oracle continues to offer support and enhancement for its Forms products. RENAPS remains a staunch supporter of Oracle Forms and offers products and services to upgrade and modernize Oracle Forms 12c. We will continue offering support for organizations wishing to stay in a Forms environment.

Nevertheless, the reality is that the popularity of Oracle Forms as a development language has diminished and Forms developers are harder to come by. Legacy systems built with Forms date back at least 20 years and are susceptible to security issues. Finally, Oracle’s licensing costs have made running Forms increasingly costly. For these reasons, businesses are looking to move away from Forms to Java.

Many organizations are pivoting from Forms to Java for the following reasons:

If you plan on migrating from Oracle Forms to JAVA, ORMIT™-Java is the only automated tool around. It mitigates the risks, time, and costs associated with a migration and executes the process gradually while maintaining the same trigger based programming approach as Forms to ensure a smooth transition to Java for your Forms developers.

Don’t wait for something to break or for your Forms developer to retire, migrate from Forms to Java today with ORMIT™-Java and secure the future of your applications!